Why Is Worm Gear Group So Popular ?

What is the reason why worm gear reducers have been popular these years? Today, let's give you a detailed analysis! The worm gear is composed of worm and gear. Their shafts are parallel and do not intersect each other at an angle of 90 degrees. A worm is similar to a screw with a V-shaped thread, and a gear is similar to a spur gear. The worm is usually the driving part. The thread of the worm advances the teeth of the gear.

In terms of the return torque of the pressure reducer, the worm gear reducer has always been the champion. Why? Because they provide more input shaft rotation per output shaft rotation. In one stage, the worm gear reducer can usually achieve 60:1 gear reduction. Instead, the helical reducer will require three stages of gear transmission to produce this deceleration. In one stage, the number of gears and bearings is reduced, and the implementation cost of worm reducer is reduced. 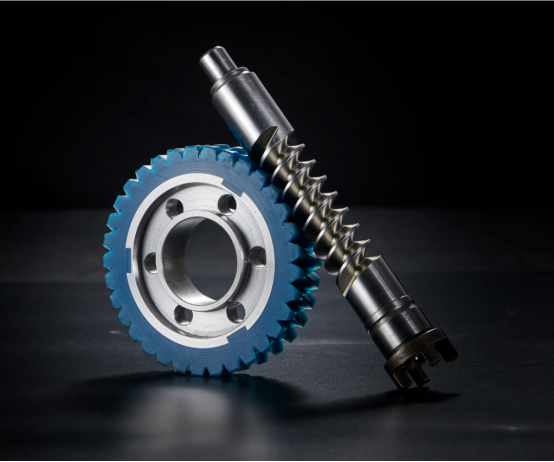 The sudden contact of gears, which is common in bevel and helical gear transmission, may produce environmental noise, while the worm gear runs quieter because the teeth are in sliding contact with each other, and there are always more teeth meshing with the gear. Worm gears will require a single stage, while other reducers will require two or more gear stages, resulting in less noise overall. In addition to all these advantages, the service life of worm gear reducer is comparable to that of other reducers. From shipbuilding to automobile manufacturing, worm gear has brought innovation to various industries throughout history. Because of the many advantages they provide, it has always been welcomed by equipment manufacturers.